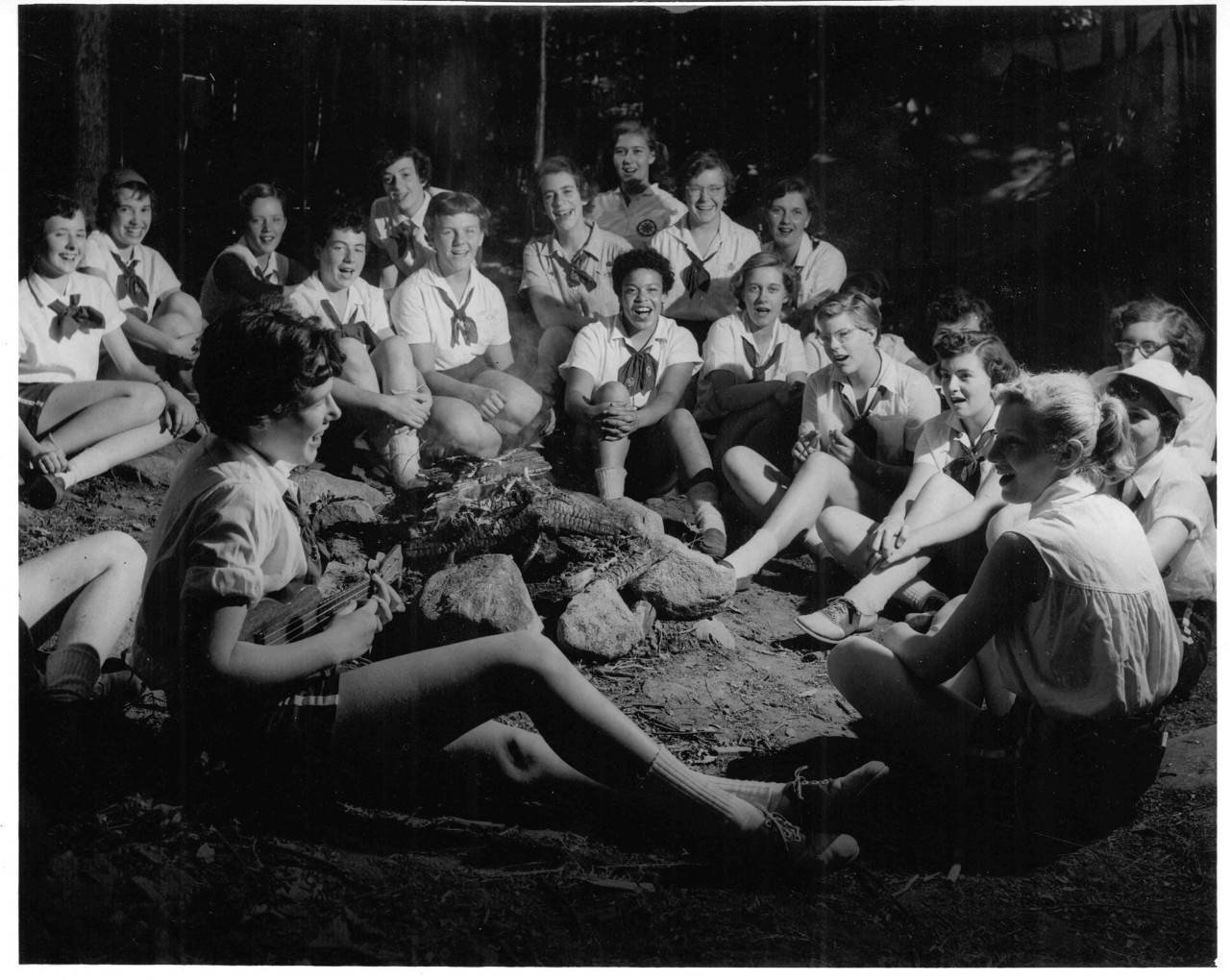 2023 looks to be very bright because, in our 111th year, our recipe remains tried and true. What Juliette Gordon Low envisioned in 1912 still works a century later. It is not hard to imagine an original Girl Scout tying knots in the woods with Juliette or helping nurse ill neighbors back to health in the 1918 flu pandemic. Today it is easy to envision our Girls doing the same, whether it be an archery event in the woods at Camp Four Echoes or a Silver Award project in Wenatchee where Girl Scout Oliva made hundreds of masks for the community during the pandemic.   Consistency is not always appreciated, but for Girl Scouts, it is our best gig! We have been using the same model since we started in 1912, and as our membership numbers continue to increase year over year, we know our model works.

Over the holidays, the tragic story of Whitney Houston was released in the movie entitled “I Want to Dance With Somebody.” It is a good movie about a very talented singer who just wanted to sing (and dance!). Unfortunately, drugs and abusive relationships cut Whitney’s life short by many, many years. But it is not all sad. Whitney was able to entertain millions and millions in her short life with her gifted voice. She enjoyed performing to the best of her ability, especially in the early part of her life. She had happy times, and not all her relationships were abusive. In fact, Clive Davis, her famous producer, was one of her biggest allies in her life and was a white knight for much of it, giving her opportunities with his creativity and trying to steer her away from drugs. At one point in the movie, he makes a statement that immediately struck me as very “Girl Scouty.” As Whitney was trying to select a song, he commented—“greatness comes from when you have both—a great singer and a great song.”

I immediately thought of Girl Scouts. The magic of our movement in our 111th year is we have both—we have a recipe of courage and confidence and character, and we marry that to great Girls. And “Voilà”—you have a movement of the ages with over 50 million alumni. We just want to dance too, by making the world a better place through STEM, the outdoors, entrepreneurism and life skills. Juliette gave us a win-win. She believed in the power of the Girl to move mountains and matched that with a calling. Speaking of singing, I love the iconic lyrics of the famous song “On My Honor” that detail our calling:

“On my honor, I will try. There’s a duty to be done, and I say aye. There’s a reason to be here for a reason above. My honor is to try, and my duty is to love. People don’t need to know my name. If I’ve done any harm, then I’m to blame. If I’ve helped someone, then I’ve helped me.”

It says it all—if I help someone, I help me. Win, win. As Whitney’s career went north, she wanted to try some Hollywood magic, and the famous script The Bodyguard with Kevin Costner came her way. The song “I Will Always Love You” was the instant classic she sang for the film. It was one of her best songs. Juliette gave our world greatness because she matched the magic of the Girl to a recipe of leadership founded on confidence. The rest is history. As Whitney says: “And I wish to you joy and happiness. But above all this, I wish you love.” That is how Girl Scouts make the world a better place: Joy, happiness, and love, wrapped up in a Daisy troop of eight Girls or a Gold project of one Girl!

This 2023, this happy new year, please know you are great—and it is not only because your serve (as Dr. Martin Luther King suggests, and rightly so). It is because you joined a movement that matched a “singer” to a “great song.” Let our Girl Scout dance continue, and may the mirth and merriment we are known for never leave the dance floor!