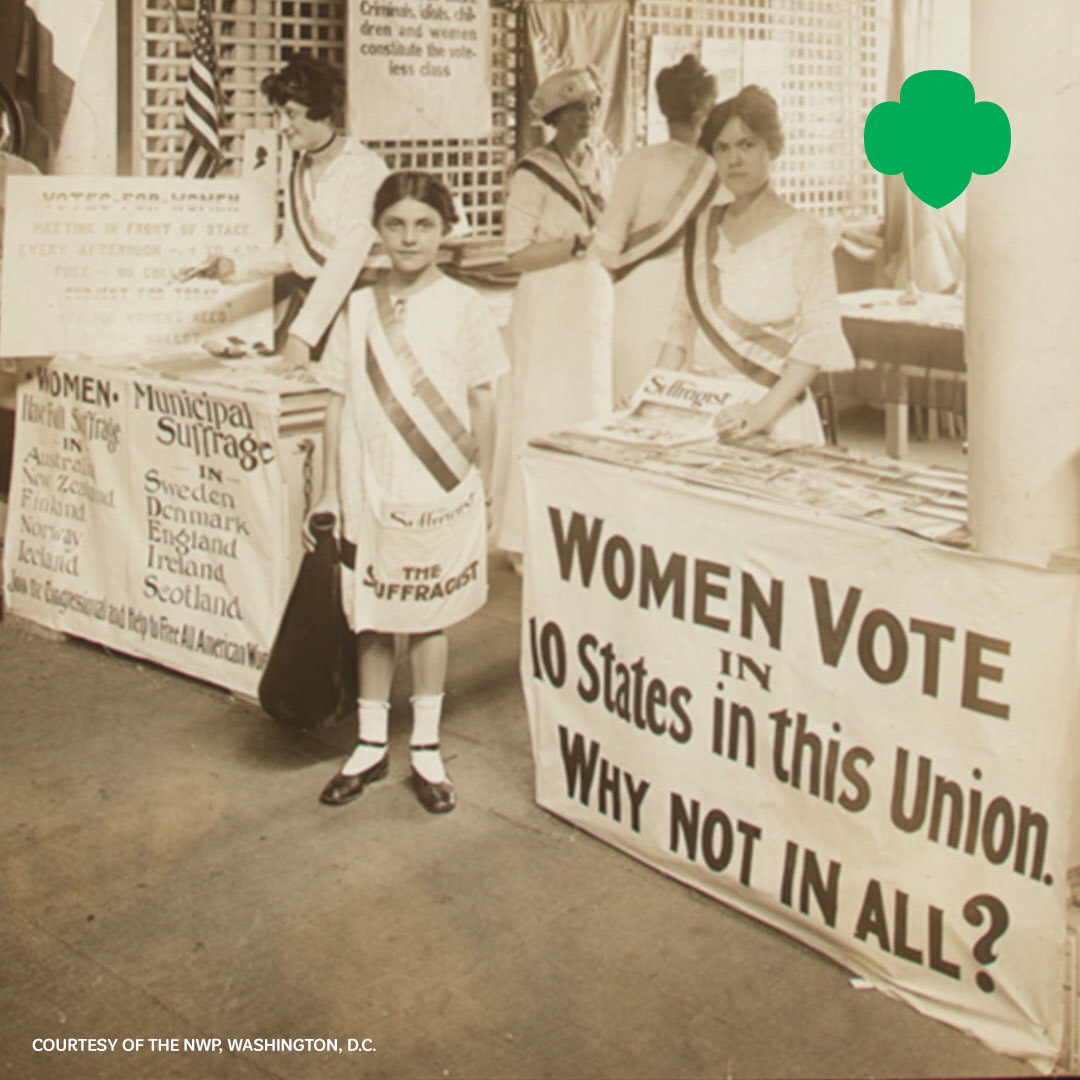 This significant week in women’s history is a time to reflect on those difference makers around you, around your community and around the nation that move the needle. What moves a needle? Deeds and actions, of course. The age-old question “If a tree falls in the forest, and if no one is there to hear it, does it make a sound?” comes to mind this week. Inertia and energy are needed to change the arc of history. Dr King once said: “The moral arc of the universe is long but it bends toward justice.” Voices need to be raised and actions need to happen to bend the arc of justice for all. Sometimes actions need no words. Rosa Parks, known as the first lady of Civil Rights, her actions in 1955 at the front of the bus come to mind. No words were necessary in that fateful bus encounter. But, words do sometimes move the needle and Dr King’s famous words speak eloquently to realizing dreams for all America, a dream this summer we are still grappling with as a nation.

100 years ago this week, the American women’s voice finally became part of the American democratic processes with the passage of the 19th amendment on 18 August 1920. It has been a long road since the Wyoming Territory allowed women the right to vote in 1869. Suffragists like Susan B. Anthony used their voices, against withering criticism, to ensure all their sisters could have an official voice in electing an American government. It may have taken a World War to get across the finish line as the suffragists effectively argued that we were fighting for democracy an ocean away, shouldn’t we focus first on democracy in America. President Wilson bought it, and put his voice behind the movement getting it through the Congress.  A year later, a state Senator in Tennessee was the deciding vote on 18 August 2020 for the states to ratify. The rest is history. Ratification occurred by the slimmest of margins but it brought in a chorus of women’s voices where today the women’s vote is a critical voice in American politics.

As we relish the importance of the 19th amendment this week, I wanted to honor and uplift all those voices who don’t necessarily get he recognition they deserve. Visiting Betsy Ross’ house this week, I was struck how her story was not told until two decades after her passing. She was an entrepreneur with her seamstress shop and was shunned as a widow for continuing on with her business alone. General Washington came to her, asked her to create a flag, and those flags--secretly made in secret in British-controlled Philadelphia--flew from battlefields in New York to South Carolina rallying Minutemen. It all started when a talented seamstress raised her voice by raising a flag.

Mentioning Dr Martin King earlier, it is also important to note how many unsung women were part of the emerging Civil Rights movement. Take Daisy Bates, the force behind the integration of Central High School in Little Rock, Arkansas in 1957. She recruited, organized and supported the nine students who were chosen to desegregate the school under court order.  Ultimately, it took the U.S. Army to escort the African American students to school and keep them safe. It was Daisy Bates and the local NAACP who planned, coordinated and executed the Little Rock Nine strategy. She is not well known but her voice has echoes of impact felt today.

100 years ago, the women’s voice was officially made part of the American democratic process. Girl Scouts, thought nascent as an organization, jumped in to be part of the democratic process. In an attempt to limit women’s right to vote, women were not allowed at the polls with children. Juliette Gordon Low offered Girl Scouts to help babysit to allow women the space to go to the polls. Girl Scouts’ voices were heard early on being difference makers and moving the needle. So, on this century anniversary, a significant number, let us not only uplift the trailblazers who helped crystallize the true vision of a government of the people, by the people and for the people. Let us also celebrate all the women’s voices we have not heard from as a society and a nation. Whether spoken or not, in actions or in spirit, we honor this week the contributions of women to make the world a better place. Their voice moves the needle for the good and 100 years ago today, a Tennessee senator wisely listening to his mom said yes!  And we are all better for it!