The Power of Gold 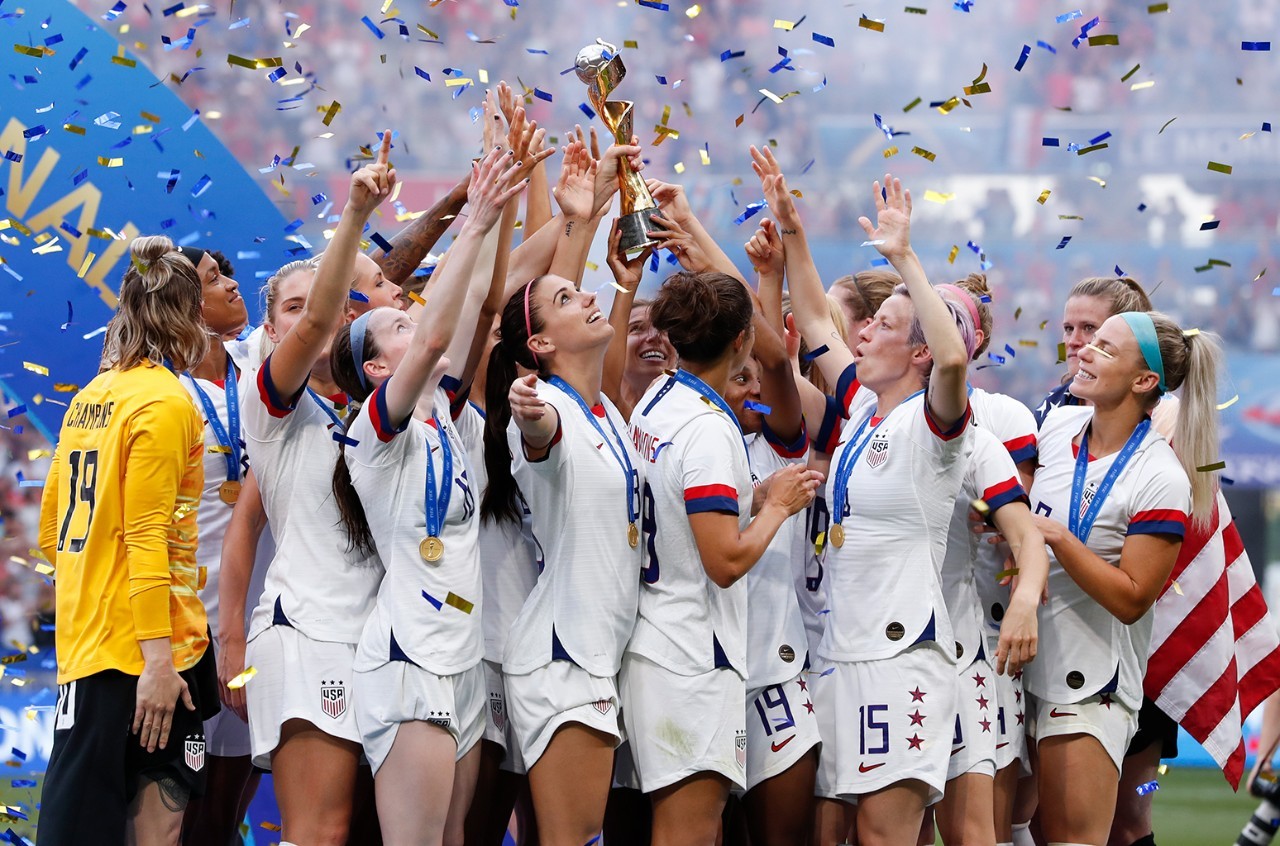 Last week, the US Women’s Soccer team won back to back World Cups, a simply amazing achievement. Girl Scouts congratulates them on their remarkable success representing the very best of courage, confidence and character. The USA Women’s team has now won a record-high four World Cup titles—that’s half of the eight total women’s World Cups in the history of the tournament, which started in 1991. It is hard to think of a global sport where a team has shown such dominance. Men’s soccer, the Brazil team, has won five cups but their victories extend back to 1930. What I find so remarkable is their domination is significant on a sport so many play around the world. Soccer mania spans the globe. It is a testament to their special athletic abilities, the support of youth soccer in America over the years and cosmic coaching. Title IX has made a dramatic difference in promoting female athletics. From elementary school on up, our girls have the opportunity to show their talent on fields and courts and gyms across America. This plays out well with US excellence in the Olympics as well but the US Women’s Soccer team is no better example of Girls of courage showing their best.

As I enjoyed their triumph in game after game, I thought so much of the parallels of the rise of Girl Scouts spurred on by our star player, Juliette Gordon Lowe. Six years before women gained the right to vote, Juliette stood up and said we can do this Girls, and never looked back, sacrificing her fortune and personnel health in the process. But 107 years later, we have millions of alumna who have used the lessons of Girl Scouts to be power players in their own arenas from boardrooms to courtrooms to athletic stadiums to outer space. If you are a female Secretary of State, you were a Girl Scout.  67% of females legislators=Girl Scouts alumna. 90% of female astronauts—yep Girl Scouts. Half of American business women…right on, yep you got it--Girl Scouts. Female leadership strength for 107 years. US Women’s Soccer has set a new standard of excellence. Girl Scouts set the same standard for being the premier leadership organization for Girls as well. Likewise, our Movement has inspired the largest Girl-led business in the world, our billion dollar iconic cookie industry. This is one of many reasons why we continue to lead the way as a female movement scoring metaphorical goals daily in STEM, outdoor experience, living skills and of course, entrepreneurism. Thin Mints…a golden cookie—you bet.

The second parallel I noted between US Women’s soccer excellence and the legendary Girl Scout movement is courage and confidence. The US team was the undisputed favorite—anything less than total victory would be seen as a failure for them. Yet, these courageous women players embraced the challenge, embraced the mountain they were climbing, and scaled the World Cup one goal at a time, sometimes, just slipping by with one goal, but always finding victory believing in each other. The pressure was intense but down the home stretch they never buckled. Girl Scouts has faced pressure over the years, finding traction under Juliette Gordon Low early on, but always moving forward, most recently facing steep market place competition from Boy Scouts of America. Through it all for 100+ years, we stayed true and followed our north star of being the premier leadership organization for Girls in America. Pressure or no pressure, our organization continues to flourish and as Girls on the Run and other youth leadership organizations take root, we stay strong, united in the belief our model is the winning model to deliver Girls of courage, confidence and character.  I am proud to be an American and proud to watch the US Women’s Soccer team show they are golden champions. I am also proud to be affiliated with a movement that delivers Gold Award Girls Scouts to make our world a better place. I happily noted this week 84% of our Girls surveyed believe they make the world a better place. That is confidence, pure and simple. And yes, with the summer heat, Thin Mints in the freezer…more gold. Our movement is golden and the power of our Golden Girls is we never once waivered from our mission of uplifting Girls to know they can follow their dreams and score any goal they want. Go US Women’s Soccer, Go Girl Scouts….go Gold!