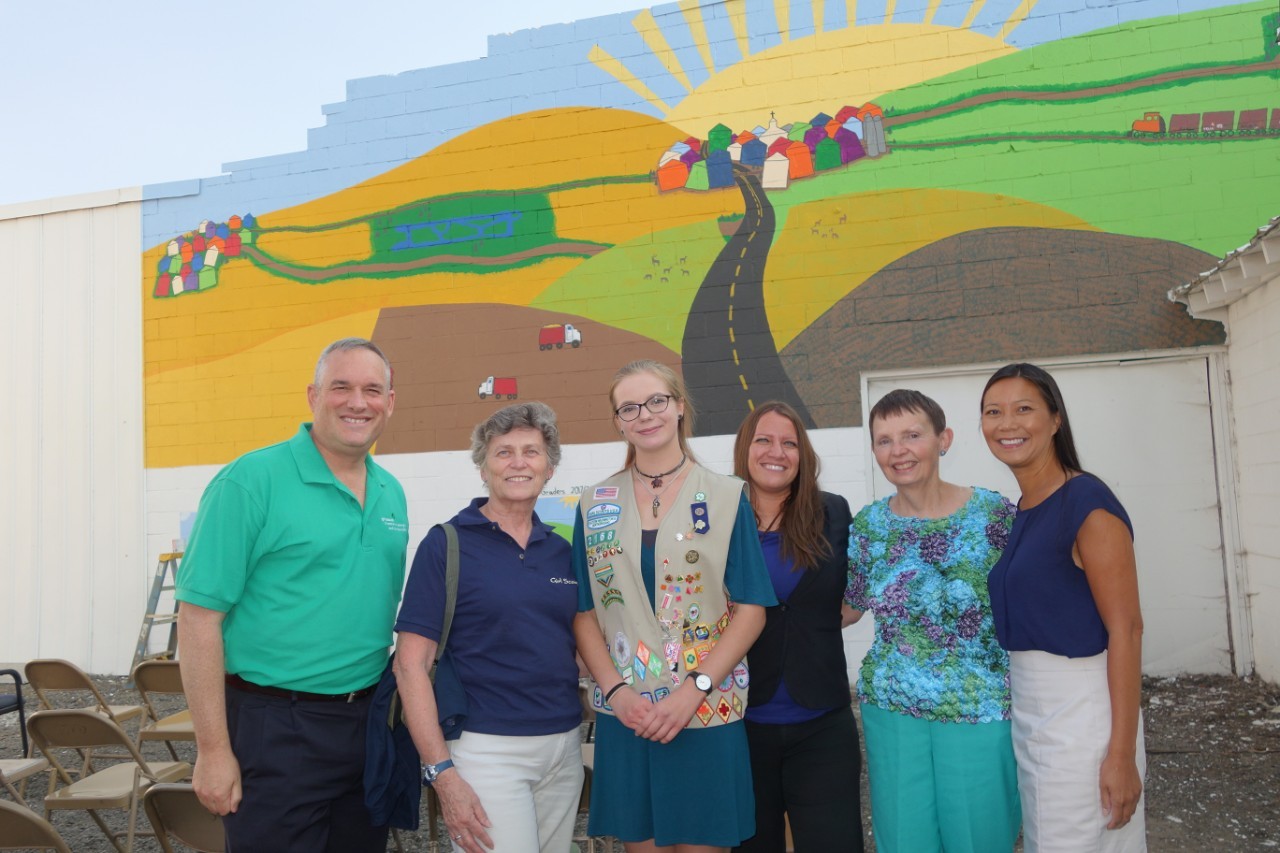 The Girl Scout Gold Award is the highest and most prestigious award in Girl Scouting. Girls who pursue their Gold Award aspire to transform an idea and vision for change into an actionable plan with measurable, sustainable, and far-reaching results. It’s not only Girl Scouts who value the Gold Award. Some universities and colleges offer scholarships unique to award recipients, and girls who enlist in the U.S. armed forces may receive advanced rank in recognition of their achievements.

Katerina Wiley is one such Girl Scout. A recent graduate of St. John High School, Kat as she is known, has been planning on getting her Gold Award for years. Combining her talent for art, and her love of community, Kat decided that her project would be painting a mural in the heart of St. Johns depicting scenes that highlight the Palouse region. Her goal with the 30 x 70-foot mural on the north-facing exterior wall of St. John’s Hardware was to pay homage to her heritage while fostering a sense of community now and for future generations.

She also hopes to inspire a new generation of artists. In addition to painting the mural, Kat taught art to 3rd, 4th, and 5th grade students at St. John and Endicott Elementary Schools. Twice a week for 10 weeks, Kat taught students the process of creating a mural. Her students painted miniature murals that will be displayed at the dedication of the mural.

Once Kat received permission from St. John Hardware, she secured funding to make the project happen, and enlisted the help of several mentors including an artistic director, marketing advisor, financial advisor, teaching advisors, and a general advisor. As part of this vast undertaking she removed old nails, power washed and prepped the wall with a coat of white paint giving her a large empty canvas to create her masterpiece. Kat also set a budget for the project and developed a marketing plan that included creating a Facebook account where she posted progress of the mural as a way to engage the community in her project.

It took Kat 15 weeks to finish the mural. “The hardest part of the project was getting it done before my Girl Scout destination trip to Costa Rica and making time with so much going on,” says Kat. “Between planning, promoting, collecting donations, and actually getting the painting done, I’m proud to say I finished the day before I boarded the plane to Costa Rica!” Kat truly exemplifies what it means to be a Girl Scout go-getter, innovator, risk-taker, and leader. When Kat leaves St. John to attend Lewis & Clark State College in Lewiston this fall, her artwork will remain a remind of the importance of community and having pride in the places we call home.