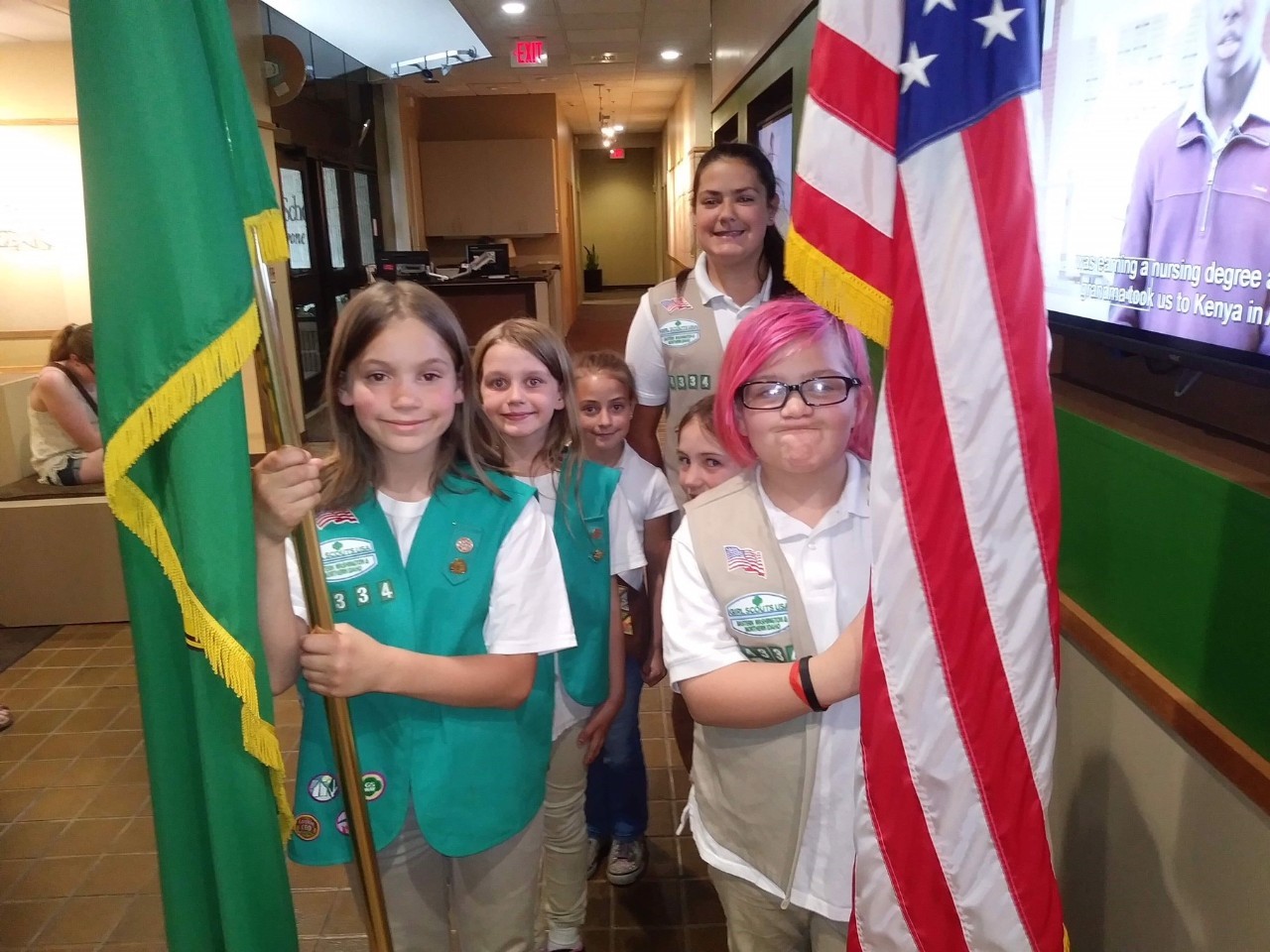 Two centuries later, that belief system continues to flourish and the Girl Scouts of USA fosters that in our Girls. Citizen badges, leadership badges, and flag ceremonies are part of our DNA. Indeed, I have been most impressed at all the Girl Scout events I have intended the focus on flag etiquette and teaching Girls about community building. While the Founding Fathers are famous for their deeds, women in the American Revolution are equally as important to the cause for Revolutionary freedom. They too would have suffered the same fate of being called treasonous had not the colonists won out. Martha Washington, for example, did much more than keep Mount Vernon going. She brought badly needed supplies to soldiers in the coldest days of Valley Forge and allowed that encampment to make it through the winter. Abigail Adams was employed by her Massachusetts colony to help determine the loyalties of fellow citizens, a dangerous job indeed. Girl Scouts today continue to foster that spirit of strength encouraging entrepreneurship at the youngest of ages and giving voice to Girls of all ages. As an example, our most successful entrepreneur for last year’s fall sale in our Mead service district was our youngest Girl Scout in that area, a brave young Daisy.

That is courage that Girl Scouts promotes daily.

That courage leads to confidence which leads to success. This Fourth of July, I honor our 3,200 Girl Scouts in the Council and all the Volunteers who promote citizenship, community building and respect for freedom. Sheri McGraw and her Service Unit 461 will march in the Pasco Grand Old Fourth of July parade this week. 242 years later, we continue to march for freedom because we are Courageous.