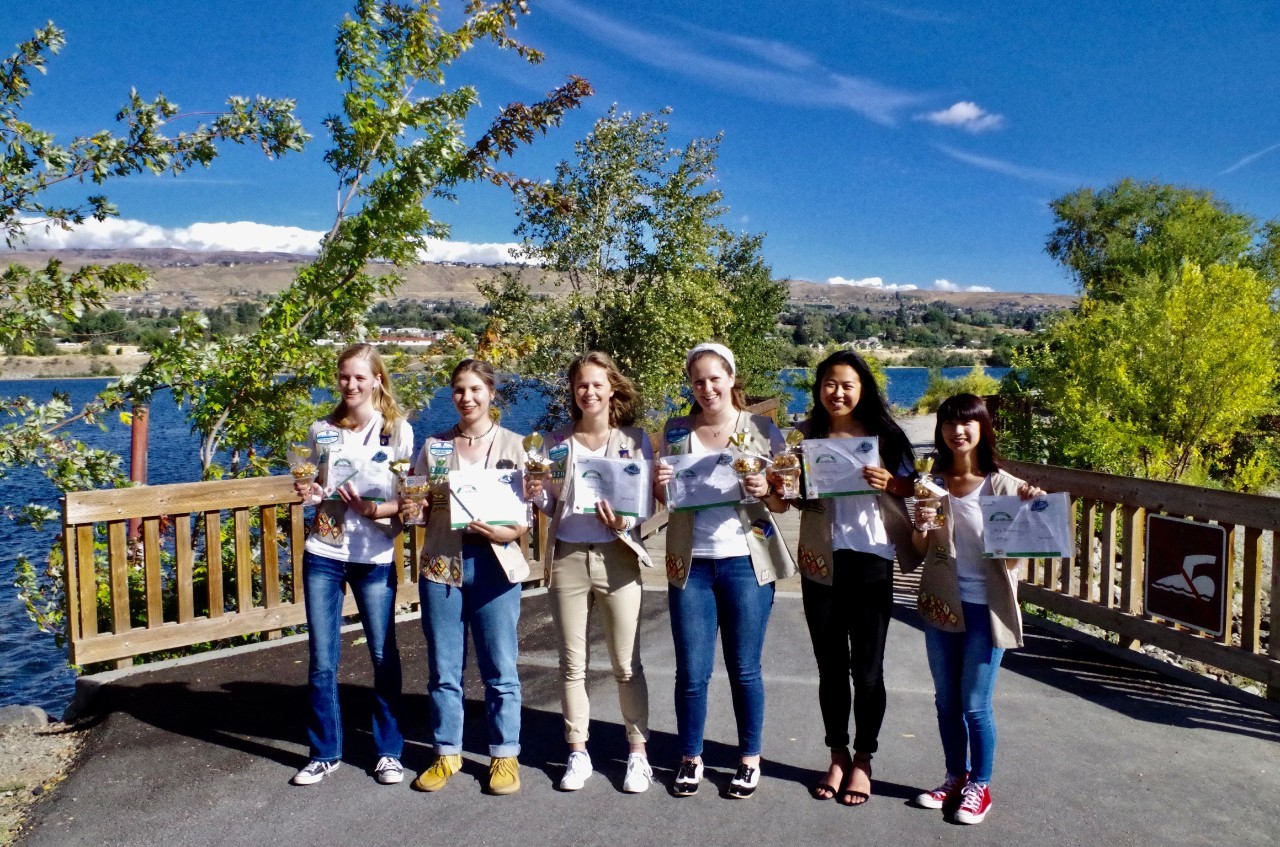 In 1912, Juliette Gordon Low dreamed a dream—to create an organization for Girls that will build within them courage, confidence and character. This in a time with much political upheaval nationally and a time when women had not secured a right to vote. 106 years later, Juliette’s dream is as strong as ever and millions of girls and women have benefited from her vision. I am always extremely proud that her first troop was a diverse and hearty group of 18 Girls and that tradition has followed in our DNA ever since. Girl Scouts welcomes every girl who wants to make the world a better place.

This past weekend, I met three troops from nearby Wilbur, WA attending Disney on Ice. I am always privileged to share my thoughts on Girl Scouts with visiting troops passing through the area, and at the end, I always shake their hand and give them a patch to signal I believe in them. I thought the Disney theme was perfect for these three Troops. One Girl Scout had a unicorn stuffed animal, another wore stars on her shirt, a third had a Girl Scout shirt showing established 1912. Each of them were cheerful and enthusiastic about the night they had ahead. Juliette had a vision of an organization that would be boundless in opportunity for Girls. Meeting these three Troops, I am confident her vision has been realized for decades now.

A century and a half ago, one courageous women leader, Harriet Tubman, said: “Every great dream begins with a dreamer. Always remember, you have within you the strength, the patience, and the passion to reach for the stars to change the world.” Juliette could have said this quote just as easily. Recently, we had six Girl Scouts in Wenatchee bridge from ambassador to being adult volunteer. Look at the smiles on their faces—they accomplished much on their continuing Girl Scout journey and will certainly be more prepared to take on the world. From their individual badges to journeys to their entrepreneurship goals to the mentoring they received, they are ready to step forward and make the world a better place. Our mission has these words tagged onto to the end of it—“make the world a better place.” Seems so daunting to be able to do that, but in personally meeting our recent five local Gold Award Girl Scouts, I know they have already accomplished that through their five projects. Our Girl Scouts dare to dream and because of it, they make the world a better place.