Brian's Corner - The Power of Gold 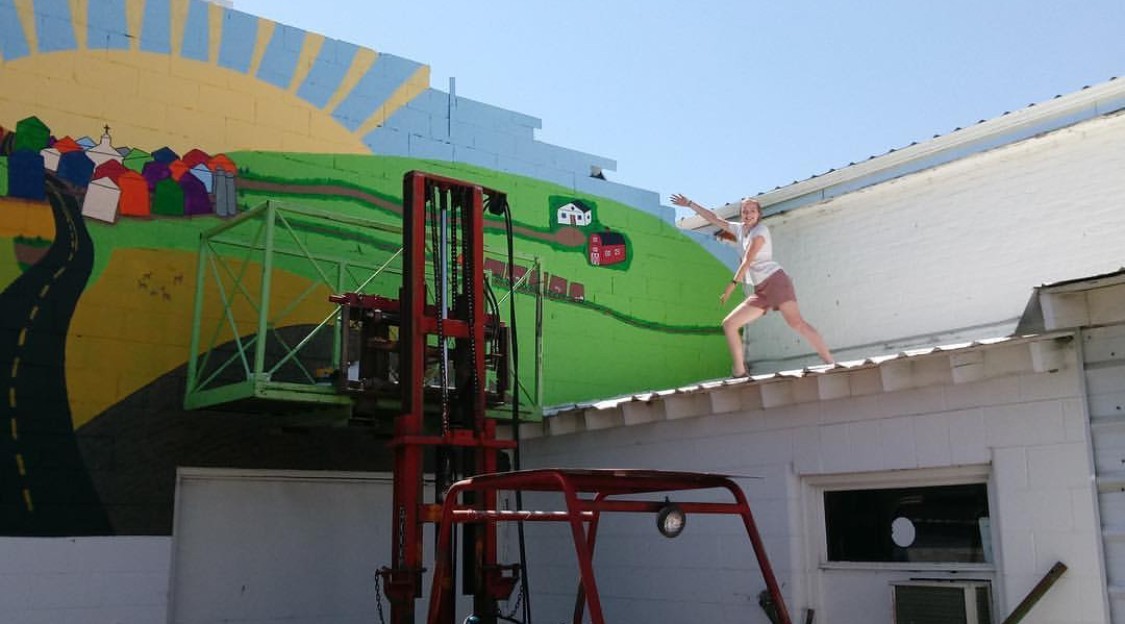 The Gold Award is Girl Scout's highest award which honors Girl Scouts for finding the immense greatness inside of them and sharing their passions for helping others with their communities. This summer has been “golden” as we have had the privilege to honor three Girl Scout Ambassadors from our Council to be the recipient of Gold Awards for their special actions for others.

This Friday we are honoring our 3rd recipient, Katerina Wiley, a recent graduate of St. John High School. Kat as she is known, has been planning on getting her Gold Award for years. Combining her talent for art, and her love of community, Kat decided that her project would be painting a mural in the heart of St. Johns depicting scenes that highlight the Palouse region. Her goal with the 30 x 70-foot mural on the north-facing exterior wall of St. John’s Hardware was to pay homage to her heritage while fostering a sense of community now and for future generations. She also hopes to inspire a new generation of artists.

Anna Priebe was our first award recipient and she soon heads to college after helping young students though imaginative art therapy. Anna will be a success just as much as Kat will be…not for their past achievements, but because of the courage, confidence and character instilled within each of these Gold leaders. In the US military, service members are promoted not based on past performance, but on the promise of future achievement. That promise of success rests though on reflections of the past. The life journey intertwines past, present and future seamlessly.

I was reminded of this truth this past weekend when our third Gold recipient checked in. Maggie Ballew of Selah, Washington helped reconstruct a trail in the Cascades for hikers to explore the great outdoors. Maggie went to West Point as a cadet this summer. Basic Cadet training is one of the most difficult sessions of the four-year military academy experience. This weekend, she passed the two-month grueling test being officially accepted into the West Point cadet brigade. Her parents passed back to the Council she is doing well and excelling. Maggie will be a success because her Gold Award says so--she understands that giving back is part of her DNA and as such serving her country is a calling.

The power of the Gold Award is not just the goodness of all they have accomplished; it is just as important to recognize the transformation that has occurred of the Girl Scout to a leader who has a deep calling to improve our world. Gold is a precious metal that never loses its luster. Our Gold Award recipients likewise never lose their power of good. We honor them!